Criminologists worldwide agree that governments must go beyond law enforcement and criminal justice to tackle the risk factors that cause crime, because it is more cost effective and leads to greater social benefits than the standard ways of responding to crime.

While tackling parental/family issues is highlighted as crucial, it is only one part of the answer, with research which suggests that the wider social context within which the family resides is also important. Evidence from the Edinburgh Study of Youth transitions and crime found that living in disorganised and deprived neighbourhoods could lessen the impact of good parenting.

PART ONE: ADDRESSING THE UNDERLYING CAUSES OF CRIME

Although early life experiences are highlighted as important in shaping an individual’s life chances and their likelihood of becoming involved in offending, there is recognition that key factors in adulthood may affect outcomes. The most effective strategies in encouraging positive behaviour involved the clear enforcement of boundaries around acceptable and unacceptable behaviours. These entailed adherence to an agreed framework for managing discipline by clearly setting out, clarifying and reinforcing rules and expectations

Of wider policy interest perhaps is the use of nurture groups to promote positive behaviours, evidence from which suggests a range of positive outcomes in terms of the social, emotional, behavioural and educational functioning of children. 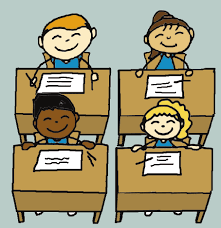 Although early life experiences are highlighted as important in shaping an individual’s life chances and their likelihood of becoming involved in offending, there is recognition that key factors in adulthood may affect outcomes. Strong societal attachments in the form of stable employment and good familial relationships (especially marital) are identified as key factors in promoting law abidance.

The effectiveness of sanctions imposed by the criminal justice system on deterring potential offenders as well as methods of informal social control. More informal social control refers to the generation and reinforcement of strong cultural norms that encourage compliance. In addition, it reviewed the existing evidence looking at the relationship between the severity, certainty and celerity (swiftness) of formal criminal justice sanctions and their impact on crime rates.

In relation to increased certainty of punishment, research suggests that this is effective in reducing crime.

The effectiveness of increased police numbers is also dependent on how they are deployed and targeted, with evidence to suggest that increasing patrols in crime hotspots has been shown to be associated with a reduction in crime. A community policing approach is also associated with a decrease in crime but it is difficult to establish exactly which aspects of this make it effective (due to the many different elements involved). Overall, substantial evidence indicates that the way in which police officers are deployed has the greatest impact on preventing serious crime, for example through directed patrols, proactive arrests and problem solving at high crime hot spots.

In terms of the link between signs of disorder and crime as per the ‘broken windows’ thesis, collective efficacy (or the extent to which a community is cohesive and able to work together to achieve goals), it is argued is a more important underlying factor. Indeed, the degree of collective efficacy within a community was identified as a more powerful predictor of violence, burglary and robbery than were signs of social and physical disorder.

The third section explored situational crime prevention activities which are sometimes considered as ‘fall-back’ or ‘last-resort’ strategies for reducing crime for those for whom the first two strategies are ineffective. This refers to measures which are intended to make it more difficult for people to offend. Central to this is the modification of the physical environment to ensure that opportunities for crime are reduced. Also considered are strategies which include restricting the movement and activities of those who are at risk of offending as well as imposing societal restrictions (stricter controls re access to weapons).

Situational crime prevention approaches are effective in reducing crime. Evidence suggests that environmental changes including improving street lighting, introducing exact fare requirements on public transport and avoiding overcrowding in public venues can be effective both in reducing acquisitive crime and violent crime. It is also suggested that interventions accompanied by widespread publicity are even more effective by deterring potential offenders

Research finds that situational crime prevention activities which improve the local environment may lead to an increase in community and civic pride and therefore improve collective efficacy.

Additional approaches include the restriction of access to weapons, drugs and alcohol. In terms of weapons, evidence on the restriction of access to knives (the most commonly used weapon in Scotland) suggests that broad strategies to restrict access to knives through the application of a range of approaches are associated with a reduction in knife injuries. Note, for Jamaica this means working more closely and smartly with international agencies to remove guns from the hands of criminals.

In terms of the impact of diversionary recreational activities, while there was no evidence to suggest that there is a causal relationship between participation and a reduction in crime, many large scale diversionary projects have demonstrated some success in reducing offending. Diversionary activities are beneficial in helping engage young people in positive activities which may lead to the provision of greater social support, positive role models and other protective factors. Overall though, the importance of tackling the underlying problems which drive young people towards offending behaviour is highlighted as a key priority in the effort to reduce crime.

Many thanks to the Justice Analytical Services Scottish Government