All I could keep thinking about was the song by Freddie Mercury of Queen, Bohemian Rhapsody…up until the phone call, I didn’t even know there was a place in Jamaica called Bohemia.

It was a late hot Wednesday afternoon and a trailer carrying 1152 cases of Heineken had been hijacked and taken to Bohemia, a community in the hills of St Ann, bordering Manchester. St Ann is on the north coast of the island, in Middlesex, about halfway between the eastern and western ends of the island. It is the ‘Garden Parish of Jamaica’ because of its natural beauty, and is the birthplace of reggae singers Floyd Lloyd, Burning Spear, Shabba Ranks, and Bob Marley.

Bohemian Rhapsody indeed. As I spoke the first 4 lines of the song, I wondered if Freddie Mercury had spent any time in Jamaica recording music…

“Is this the real life?, Is this just fantasy?, Caught in a landslide, No escape from reality”. 1975

Anyway, so much for getting home early, this was going to be a long night.

We set out at a pace and by the time we reached Clarendon Park learnt that Police had already been dispatched. The trailer had been tracked by the GPS system, recovered and three men plus a car held.

Several phone calls later and now night, we arrived in Bohemia, a sleepy district that had come alive that afternoon with excitement and the hope of ‘free beer’. Driving in along the narrow winding road, we saw Sales and Logistics colleagues from Manchester, and no Police. There were about 100 people milling around, shouting “Red Stripe, leave the beer with us”. We blew the horn a couple of times in acknowledgement. The night was dark, not even a moon in the sky, just flickering lights from the electrical poles.

The 18 pallet trailer was empty, parked neatly by the roadside out of the way

of any passing traffic. Some cases had been moved into the back of a broken down old truck opposite the trailer; cases were also packed in a decrepit and derelict board shop perched on a hill’s edge; some cases had already been taken to Cave Valley Police Station for safekeeping & evidence! We still don’t know what happened to the evidence.

We couldn’t start loading the cases onto the sales truck that had come up from Manchester [it was great seeing the driver as he was a huge man…all hands on deck!], as we had to wait for Crime Scenes to take whatever forensic evidence was available. They took a couple of hours to reach Bohemia as they were still working a murder scene in St Mary.

Bohemia has to be the coldest place in the island – people in the community wore hoodies and coats! Looking at all the young turks in their hoodies reminded me of the street gang fashion that prevails in London and throughout the UK – thug culture.

That night I believed that Bohemia was colder than the top of Blue Mountain Peak. All I could think of was where to get a cup of coffee. My teeth were chattering so fast that we sat in the car for a while, every now and then nodding off, condensation clouding the windows.

From time to time we would open the windows and look outside. If anyone had told me that somewhere in Jamaica could be this cold at night I would have told them to stop lying.

We got out the car and a man walked u 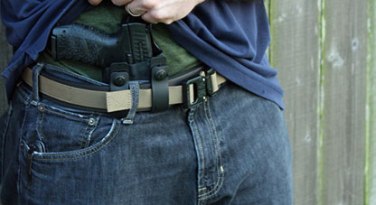 p to us, saying we should just leave and give the people the beer. He moved away his shirt and showed us a firearm stuck in his waist. We stood our ground, faced by the man, his belligerent attitude and a crowd of about 50 people. The Cave Valley Police came back from the station after “securing” the van load of Heineken. We quietly told them about the man with the firearm and they called him over – he was a Policeman who lived nearby! Really?

Crime Scenes arrived and began their forensic gathering. Photographs, measurements, more photographs and more measurements – it seemed as if they would never finish. Very professional crew and I talked with them while they worked – their territory almost included the entire island – and I thought with our high crime and murder rate per capita that they probably worked 16 hour days. Once they had gathered their evidence, we started to load the product stored in the shop onto the sales truck.

It was so col

d and the crowd was growing, young men standing menacingly around the truck in their hoodies. I was tired, and annoyed, and cold, and hungry. All I wanted was a hot cup of coffee.

The truck was not being loaded fast enough so I went into the shop and started throwing cases through a large open window to the driver of the truck, just to stay warm and speed up our departure! The shop was perched precariously on the edge and I wondered if it would stay where it was with all the new movement. I soon worked up a sweat, glad for the warm up exercise [who needs a gym?].

We had to safeguard all our people, and retrieve what we could as quickly as we could, so I kept moving faster and faster. I just wanted to be out of there before the crowd got too excited or someone stirred them up to start looting the truck we were loading. I could not see the Cave Valley Police from where I was.

Once we emptied the shop, we moved to the old broken down truck. One of the young men who had helped us load the truck from the shop asked if he could help again. We said yes, challenged once more by the Policeman who kept telling us to leave the beer. He was laughing at the young man helping us, saying we wouldn’t give him anything but more hard work.

When we finished loading the product we were ready to move. We talked a bit and decided to leave a few cases for those who had helped us. The Policeman grabbed one of the cases from the young man who had been the most helpful and sauntered off laughing, so we gave our ally a couple more and walked him until he was safely out of sight.

We drove out behind the truck and the empty trailer, on the way to the distribution centre. We had only been able to recover 375 cases of Heineken.

When we got there, there was still no coffee, it was now 1:30 am, and we were tired, thirsty and hungry. And still cold. And I was running out of cigarettes!

But we were all glad to be away from Bohemia safely. We started our journey back to Kingston…Phil Collins on the radio – ‘just another day in paradise’.

As the Good Book says there is nothing new under the sun.