Clear, Hold and Build – what does it mean, and will it work in Jamaica?

With the 4th highest per capita murder rate in the world [once at number 1], the island of Jamaica and its 2.7 million population are about to experience a crime plan just approved by the Government, the Opposition and the Senate called Clear, Hold and Build. 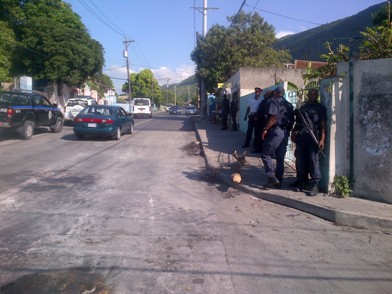 And no matter what anyone may want to say, Clear, Hold and Build is foremost a military plan. The plan has the support of many in the island, people who are frustrated at what is taking place in this ‘land of wood and water’, and the seeming inabilities of past & previous administrations to tackle the root causes. Not to forget our image abroad as the “Two Jamaica’s”, an island awash with corruption in both the public and private sector.

The seriousness of crime in Jamaica cannot be underestimated, as in one recent 24-hour period, 20 people were treated at the Kingston Public Hospital for gunshot wounds, causing the hospital administration to go public with the costs to the economy and the scarce resources that were no longer able to cope with the slaughter that is taking place.

I thank Wikipedia and David H. Ucko, associate professor at the College of International Security Affairs, National Defense University, and an adjunct fellow at the Department of War Studies, King’s College London for their writings on the subject matter.

I also hope that the Government of Jamaica, the Opposition and the Senate have read and fully understand about Clear, Hold and Build, as if all three elements do not work hand in hand, then Jamaica will have lost its chance for real development and growth. We will continue as we have always done, at the edge, with a sharply divided population with one of the highest income disparities in the world.

Clear, Hold and Build is above all a military strategy that has been used in conflict zones, and where opinions on its success are divided.

Clear and hold is a counter-insurgency strategy in which military personnel clear an area of guerrillas or other insurgents, then keep the area clear of insurgents while winning the support of the populace for the government and its policies. As defined by the United States Army, “clear and hold” contains three elements: civil-military operations, combat operations, and information warfare. Only highly strategic areas are initially chosen for “clear and hold” operations; once these are secure, the operation gradually spreads to less strategic areas until the desired geographic unit [county, province, nation] is under control. Once an area has been cleared, local police [rather than military] authority is re-established and government authority re-asserted.

The clear and hold strategy was first developed by Sir Robert Thompson and the British Army during the Malayan Emergency from 1948 to 1960. It was also widely employed by the British during the Mau Mau Uprising of 1952–1960. The strategy was also implemented by General Creighton Abrams as part of the “pacification” effort conducted by the Republic of Vietnam and the U.S. Army during the Vietnam War (at which time the strategy became widely known) and was used as a counter-insurgency tactic in Algeria, Greece, the Philippines, and South Korea. The strategy was used extensively by the United States and its allies in the Iraq War. 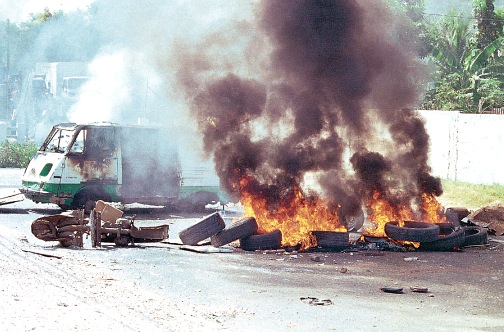 Several critical elements of the clear and hold strategy have been identified. One element is to secure support for the strategy at all levels of the traditional military forces. Experience in Vietnam has shown that traditional military forces dislike the limited role they play in the clear and hold strategy, and may successfully advocate for a more traditional war-making role. Another challenge is that the strategy takes time, which a government may not [for various reasons] have. The strategy also requires significant numbers of on-the-ground “clearing” combat and “holding” police forces. Thompson and others have also argued that clear and hold operations can only be successful by isolating the population from insurgents, but some strategists point out that this can have deleterious effects on public support for the government and its policies.

Counterinsurgency theory underlines the uniqueness of each insurgency, yet also advances an approach that is to apply across time and space. Termed clear-hold-build, the approach involves clearing contested territory through security operations and then holding that territory so as to isolate and defend it from insurgent influence. The build phase, finally, involves economic, developmental or governance-related activity intended to increase the legitimacy of the counterinsurgents and the government they represent. Done successfully, clear-hold-build allows the government to increase the territory under its control. The insurgents, meanwhile, lose both physical space and their link to the population, without which they are gradually rendered irrelevant or are simply defeated.

On a very abstract level, the sequencing and logic of clear-hold-build are sound. Yet implementing this approach is anything but easy.

Often, it is assumed that with the insurgents gone, a harmony of interest naturally prevails around the good cause of the counterinsurgents. In reality, each locality brings a unique web of competing interests, which unless carefully understood, are likely to thwart attempts at peace. The complexity is compounded where the government at the heart of the counterinsurgency campaign is viewed as corrupt, unaccountable or predatory – in such environments, clear-hold-build may not be viable, at least not without concerted reform.

What is really at stake is nothing less than reversing societal breakdown, all the while in the midst of ongoing war.

Wherever this approach is to be tried, its implementation must be suffused with an understanding of the political economy of armed conflict: the patronage networks, the functions of violence, and the distribution of privilege and power, both at the local and state levels. 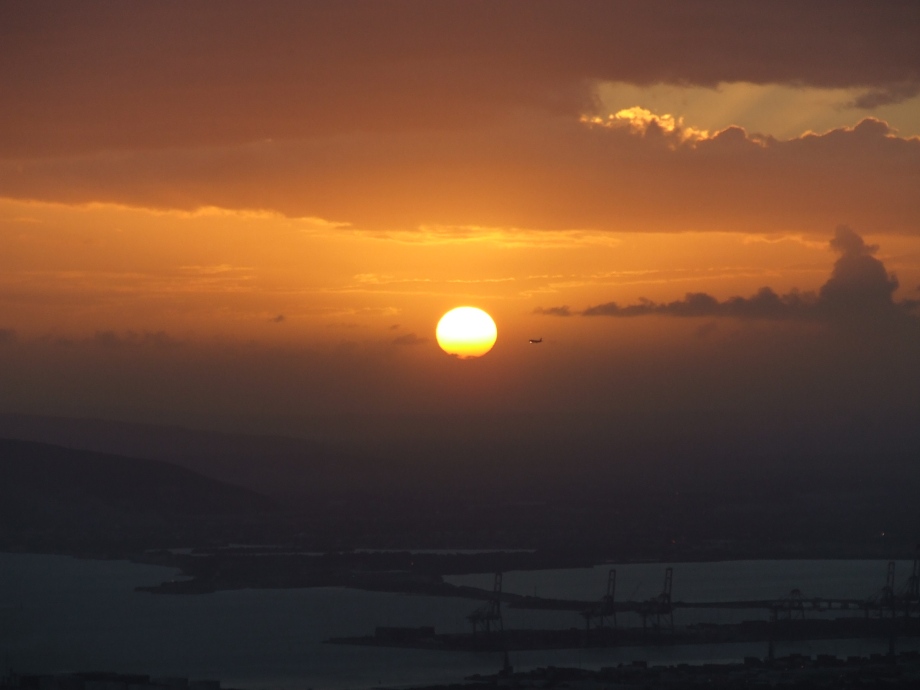 In other words, proponents of clear-hold-build have a tendency to wish away the very problems that cause insurgency in the first place: a lack of government legitimacy, split loyalties among the population, and contested governance among a range of armed political groups.

Clear-hold-build has emerged as an antithesis to the “conventional” approach typically adopted by militaries facing insurgency —an approach dominated by the use of military force, raids, and body counts. Clear-hold-build challenges this approach by framing counterinsurgency as a fight for the support and loyalty of the relevant populations. Yet, beyond its exhortation for a secure environment and cooperation with local communities, it can provide few specifics. It is inevitably – as theory – more relevant for the questions it raises than for the answers that it cannot possibly provide. It is a subtle distinction, but one with fundamental consequences for how this approach is used and for the results that it may yield.

Where does this leave clear-hold-build? Some might argue that its problematic track record is itself grounds for its dismissal. Still, it is difficult to envisage a successful counterinsurgency campaign that would not in some way involve the steps of clearing, holding and building, probably in that order.

The key lies in not mistaking the approach for more than what it is. Clear-hold-build is not a strategy and must not be confused as such—arguably this has been the tendency in Afghanistan. As Hew Strachan notes, “as soon as strategy allows the expectations of theory to lessen its grasp of what is really happening it has allowed theory to be its master rather than its tool.” As a framework for analysis, clear-hold-build is an empty shell that must be filled with the specifics of the case. Only when suffused with this type of knowledge can it be the foundation of a campaign plan, one informed by available means, local opportunities, and a theory of victory.

Jamaica, can we make this work?