When a company outsources labour, is this corporate greed? Or corporate survival?

Outsourcing, also known as contracting out, is a practice used by some companies to reduce costs by transferring work to third party contract suppliers rather than completing it with employees. It is regarded as an effective cost-saving strategy when used properly. It is where a business process (payroll processing, claims processing), operational processes, and/or non-core functions (facility management, distribution, security, safety) are contracted to another party. 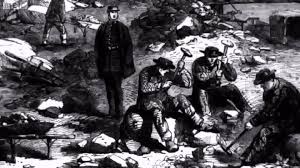 Outsourcing results in cost savings from lower labour costs, taxes, insurance premiums and reductions in the cost of production. Outsourcing can also be a way for a company to avoid government regulations or mandates, such as those around the environment or safety.

Where a local Jamaican company is also part of a global entity, there are set benchmarks that have to be achieved, whether in waste reduction, reduced water consumption, energy minimisation, safety incidents & breaches, and the all-important and topical official company headcount.

And a lot of global entities use production per employee, exclusive contractor numbers, to determine the benchmark for the ‘right’ headcount based on the size of the business.

This in itself seems a fallacy, as ultimately the management of the company dictates what the contract worker does, regardless of the third-party contract supplier providing the labour and a ‘supervisor’ [creating the illusion that contract workers are being managed externally].

For global public limited companies who have now to report on corporate social responsibility in annual accounts, international standards speak to the numbers of Full Time Equivalents [FTEs]. And as per the standard, apart from regular employees on a company’s payroll, FTE numbers include contractors.

What I have learnt over the years is that it is certainly not open to debate that outsourcing/contracting out provides lower labour costs, even when contractors are doing the same jobs/tasks/processes as employees, and without any benefits that accrue to employees. 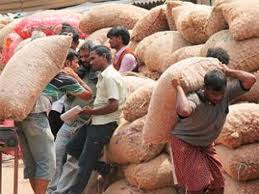 So back to the questions about outsourcing or contracting out labour.

Is it corporate greed?

Is it corporate survival?